Those five words could be the most ambiguous and meaningful words that someone could possibly hear in a single day. Everybody has a different story and different tale to tell, so the possibilities are literally endless whenever people say those words. Don’t ever underestimate the life that people could be living. I came to Tech thinking that Everybody in this world lived exactly how I lived with a nice house, food on the table, and clothes to wear on my back. In hindsight, people have gone through so much in their first 18 or so years before college that it really is mind-blowing.

That was just kind of a ramble of sorts, but what I really wanted to tell you guys is that this is a story of a girl…

I don’t really feel comfortable leaving myself vulnerable, but what’s a blog about if you can’t be real? Besides, for those who actually read this (which aren’t many people), I applaud you because I’m a pretty boring dude. Anyways:

There’s this girl with beautiful blonde hair, exceptionally pretty blue/greyish eyes, and I’m falling for her pretty hard. I first saw a picture of her on instagram and man, oh, man. I thought she was gorgeous. We eventually met through a mutual friend, but I didn’t even attempt to make a move because she was wayyyyyyy out of my league. Did I say how pretty she is?

I mustered up the courage to ask her to a movie, but it so conveniently happened that her friend that introduced us, couldn’t go, so it was just us two (the movie was Finding Dory 10/10 would recommend). I low key freaked out for a little bit because I had no idea what to expect.

These were only a few of the questions that wrapped around my head an infinite number of times. But ya know, since I’m a pretty smooth guy I casually kissed her right on the mouth when I picked her up.

But in all seriousness, she looked stunning.

Things went well at the movies and couldn’t have gone better in my opinion. On the way back from the movies, I noticed she put in a mint (she offered me one but I declined), and also put on Chapstick. My heart started beating out of my chest, my head was spinning in circles, and I was befuddled.

“WAS IT JUST A COINCIDENCE???”

It was our first date. If she enjoyed my company, then the next time I ask her to go out, she’ll say yes.

It was a minute before we had a chance to hang out one on one again, but we hung out basically everyday after that with the girl who introduced me to her and her brother who came down to visit.

Who knew that name could make such a difference in my life. 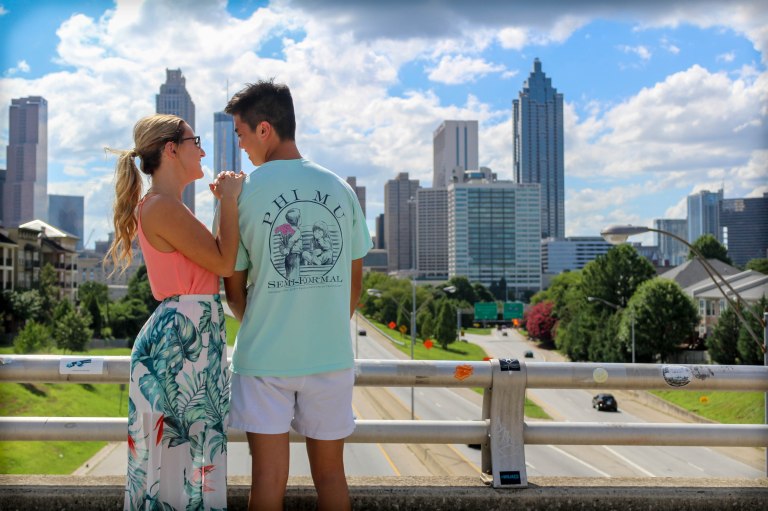