I know it’s a bit early to be writing about this year, and I’ll probably write another post about it near the new year, but I just wanted to touch on a few things that have happened in the year of 2016.

I joined a fraternity.
Crazy stuff. Although at times it may seem like fraternities give off a douchey vibe, and some do, joining Sigep has provided me a strong support group of guys. They’re all down to earth and are willing to contemplate life with you. It’s guys like these that you want to surround yourself with. Even on my worst days, these guys always seem to be doing something stupid or something that’ll change my mood, or at least for a little bit.

I gained some life long friends.
Sigep has given me some life long friends, and so has just being here at Tech. From wandering around with Haqq meeting everyone on campus to doing FASET in the summer of ’16 (look at those kayakers) there has been some pretty awesome people in my life that have made an impact on my life.

I gained A LOT of experience.
I had a freaking Vlog. Remember that? If not, check it out lol. Who knew that video editing would be such an asset? I’ve made multiple (2) rush/recruitment videos also in that link provided on my YouTube channel, and some personal projects. I’ve gained a lot of experience with photography too, Haqq and I have traveled to some crazy places for some obscure pictures, but definitely worth the experience. There are so many things to do in Atlanta.

I learned that Tech is hard.
Let’s be honest, I should’ve known that from the start, but I have gotten involved in a good amount of things, and balancing time is just so hard especially when trying to succeed in classes. I try to keep a relatively strict schedule, but it always changes some time during the day. Studying hard is an understatement, everyone else here can also vouch for me.

I got a girlfriend (and have learned a lot from her).
As minimally scaled this may seem, it’s a pretty big deal for me, especially this girl. She’s pretty great and if I started writing about her I’m pretty sure that I could keep going on for awhile, so I’ll save that for another time. In the meantime let me tell you what she’s taught me. I guess not necessarily taught me, but what I’ve learned so far from dating her. I’ve learned how to properly set a volleyball because apparently I’ve been doing it all wrong. I’ve learned that northerners are weird and they say “rut beer” and not “root beer.” I’ve learned that she still looks great even after her volleyball games. I’ve learned that she’s extremely confident and can always try to say she can do more pushups than me but really can’t (you haven’t proven it yet). But most importantly I’ve learned how to genuinely care about someone else (although I may not be the best at it sometimes).

2016 has been one helluva ride. Who knows what this next month and a half will bring?

Photo: In Tifton, GA on top of a silo with Haqq. 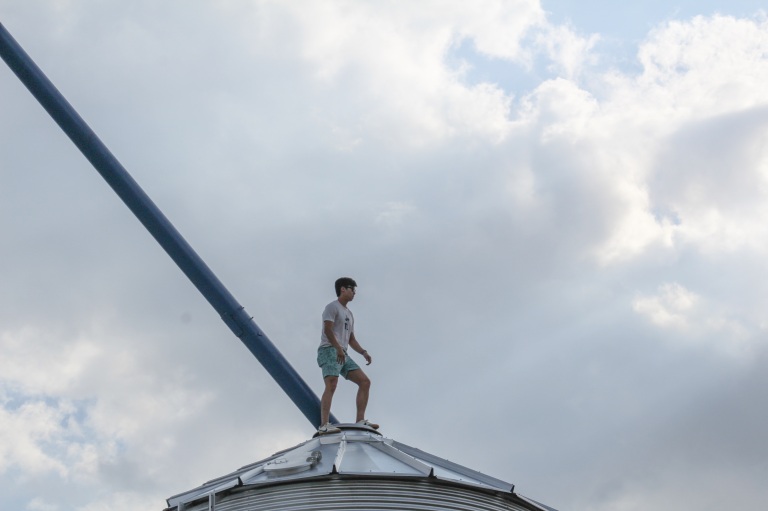